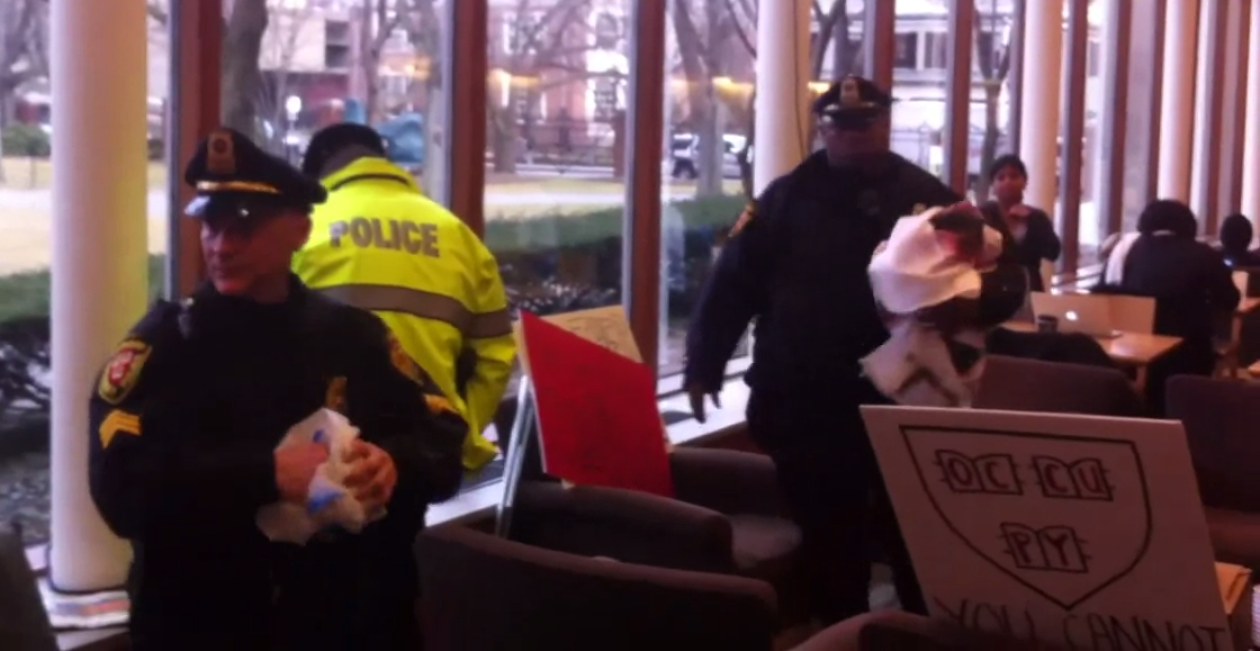 Campus cops are increasingly engaging in activities most people probably associate with drug task force operations and detectives, not school security officers. And when it comes to private university police, those extraordinary powers are not subject to public transparency requirements. Nationwide, including here in Massachusetts, campus police are acting more and more like public police departments, but they can often operate in near total secrecy.

In September 2014, the Boston Globe published information about a UMass junior named Logan who died of a heroin overdose after police caught him selling drugs. When they caught Logan selling, the campus cops offered not to tell his parents in exchange for him serving as a snitch. Facing the prospect of serious prison time and $40,000 debt to the university to repay his scholarships, Logan agreed. According to his parents, the first time they learned about his involvement with drugs was when they found him dead on his bathroom floor with a needle next to his body. They say police should have told them their son was involved with drugs, instead of keeping it a secret in order to pump him for information.

In a must-read investigation from the Washington Post, Christopher Moraff reports:

Evidence of such mission creep was on display last week in Nashville, where more than 500 law enforcement officials representing 239 institutions gathered for the annual conference of the International Association of Campus Law Enforcement Administrators (IACLEA). This year’s conference — which lists the scandal-ridden global security monolith G4S as one of its corporate sponsors — included presentations on counter-terrorism strategy, sex crimes investigation, tips for handling an active shooter, and, perhaps most telling, strategies for policing student behavior off-campus.

The agenda reflects an ever-expanding role for campus police and, due to the blurring lines between public and private authority, poses a threat to due process. In fact, it’s difficult to say just how much campus police agencies are expanding their reach, due to another problem: Journalists and civil liberties advocates who have tried to dig into the issue have been stymied by a culture of secrecy and state laws that protect private entities from public scrutiny. In some cases, these police agencies are “public” enough to be empowered to make arrests, conduct searches and use lethal force but are “private” enough to be exempt from public records laws.

According to Moraff, only three states have laws on the books that require campus cops to obey public transparency laws. So in the other 47 states, while private campus police departments engage in surveillance, arrests, and even cultivate informants—sometimes off campus—they don't usually play by the same rules as public police. These private police can ignore not only open records laws, thereby shielding their activities from public scrutiny, but also in some cases basic protections like the Fourth Amendment. And some departments are militarized to the hilt, just like their public counterparts—replete with SWAT teams, grenade launchers, and armored trucks. Moraff examines the claim that this aggressive policing is necessary in our increasingly violent climate, but finds that violent crime rates at colleges and universities are actually very low.

In June 2015, the ACLU of Massachusetts settled a public records lawsuit with the Northeastern Massachusetts Law Enforcement Council (NEMLEC), which operates a regional SWAT team. A year earlier, we had filed a public records request with the agency asking for information about their operations and policies, but they denied it, claiming that their 501(c)3 status placed them outside the reach of the public records law. We filed suit, arguing that an entity that could break down our doors and arrest us in the name of the state should obey state transparency law. Ultimately they settled, agreeing with us and reversing their original position.

But unfortunately, the Massachusetts Supreme Judicial Court reached the opposite conclusion when they examined a public records case relating to the Harvard University police department. The student newspaper, The Crimson, had filed suit making similar arguments to the ones we made in the NEMLEC case. In 2006, the high court found that, even though Harvard cops could serve search and arrest warrants, it was not "an agency of the Commonwealth such that it becomes subject to the mandates of the public records law."