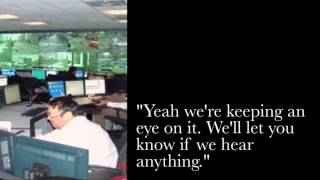 Between November 2014 and January 2015, the Chicago Police Department monitored the First Amendment protected speech and political activity of dozens of groups and individuals, among them a victim of a Chicago police shooting, according to newly released documents.

Chicago based activist Freddy Martinez released the records after obtaining them through a public records request under the Illinois open government law. Among the groups monitored by CPD were:

Chicago Cop Watch, Let Us Breathe, Hands Up United, Occupy Chicago, We Charge Genocide, the Revolutionary Communist Party, Justice for Roshad, Black Youth Group, the Black is Back Coalition, the New Black Panther Party, and many others.

Among the individuals monitored were Corey Harris, who was shot by Chicago police, and anyone identifying as an activist or anarchist on social media.

The monitoring occurred during a period of intense agitation nationwide surrounding a Missouri grand jury’s finding that Officer Darren Wilson should not be tried for his killing of young Black Ferguson resident Mike Brown.

Freddy Martinez, the activist who obtained the records, told me:

“The resources of the government would be better served addressing the deep issues that BLM is highlighting. However the priority seem to be to criminalizing dissent and tracking activists through “fusion center” sharing of intelligence. It’s extremely important for groups to understand that this is the level of surveillance they will face when organizing against a racist police structure because we do have to organize.”

The document listing the protests, groups, and individuals monitored by the Chicago police during this time period is called a First Amendment Worksheet. Officers must fill out these forms when they intend to monitor protected speech or associational activities. The form disclosed to Martinez is an order to terminate the surveillance. Martinez told me that the initial authorization to conduct form was probably written outside the time period for which he requested records. It would be useful to see that document to understand exactly why the Chicago police, in its own mind, viewed these Black organizing initiatives with such apprehension and apparent fear.