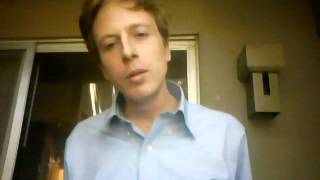 Supporters of Barrett Brown, a journalist and independent researcher facing decades in prison, raised $20k for his legal defense. Yesterday, a northern Texas District Court moved to take those funds and place them into the court registry no later than April 30, 2013, “while the Court has hearings and makes a determination as to what, if anything should be done in utilizing the funds towards the repayment of costs for Defendant’s court appointed representation.”

It is further ORDERED, the funds currently in the account identified…will not be encumbered, assigned or disposed of by anyone who has access to this account. Once the funds are placed in the registry of this Court, the funds shall not be disbursed without an order of this Court.

In other words, without saying why, the court has frozen Brown’s legal defense fund, and may or may not allow him to use it to pay his attorneys.

Back in March, the Guardian’s Glenn Greenwald wrote about Brown’s case and urged people to make contributions to his defense fund.

If the US government is going to attempt to imprison activists and journalists like this, it should at the very least be a fair fight. That means that Brown, who is now represented by a public defender, should have a vigorous defense able to devote the time and energy to his case that it deserves. He told me in the telephone interview we had that he believes this is the key to enabling him to avoid pleading guilty and agreeing to a prison term: something he has thus far refused to do in part because he insists he did nothing criminal, and in part because he refuses to become a government informant.

It appears as if the government is not fond of that strategy.