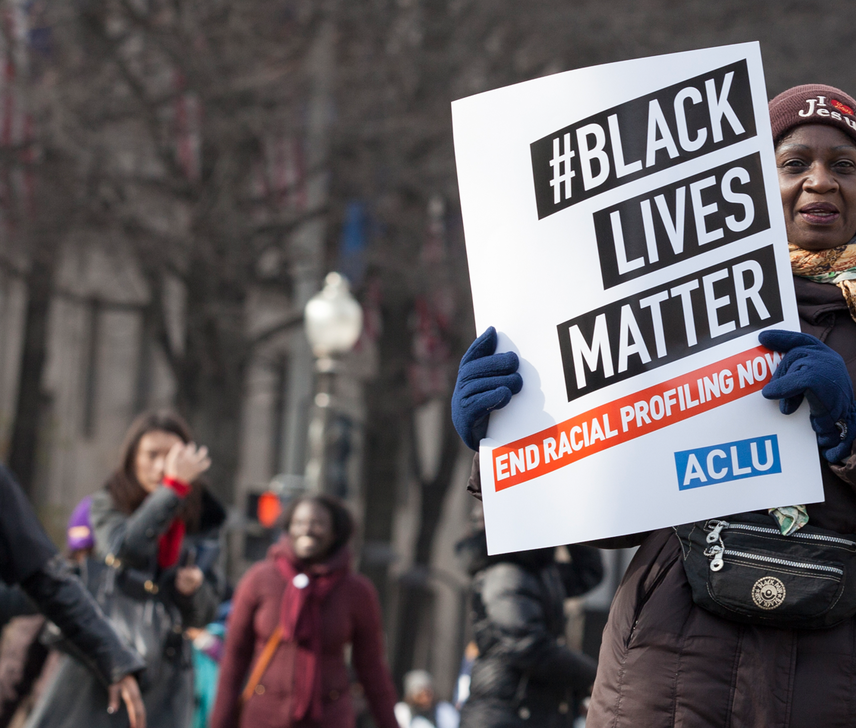 Vice News’ Jason Leopold just published a story about how the curiously-named Department of Homeland Security has monitored the Twitter account of Deray Mckesson, a Black Lives Matter activist with a large social media following.

The Department of Homeland Security (DHS) has monitored the Twitter account of prominent civil rights activist DeRay Mckesson, referring to him as a "professional protester" who is "known to law enforcement," according to documents obtained by VICE News in response to a Freedom of Information Act (FOIA) request.

Mckesson's Twitter and other social media accounts were being monitored by DHS last May during the height of the protests in Baltimore that followed the death of Freddie Gray, a 25-year-old black man who was critically injured while in police custody. DHS took note when McKesson, a former Minneapolis public school official and an activist in the Black Lives Matter movement, posted details to his Twitter account about a planned protest in Baltimore.

One email said DHS "social media monitors have reported that a professional demonstrator/protester known to law enforcement (Deray Mckesson) has post on his social media account that there is going to be a 3:00 pm rally at the FOP#3 lodge located @ 3920 Baltimore Ave, Baltimore, MD 21211 … This is early raw unevaluated and uncorroborated reporting at this time.”

I’m quoted in the Vice story extensively. One of the points I make is that while it may be legal for DHS to monitor Black Lives Matter dissidents’ public social media speech, it’s not therefore acceptable or desirable as a policy matter. After I tweeted the link to Leopold’s story, a couple of people replied, wondering what the big deal is—@deray’s account is public, after all.

There are two simple answers to the question “Why is it problematic for law enforcement to monitor dissident speech?”

For one, it’s chilling. What the security state calls “open source intelligence” involves the harvesting of large quantities of information people post to social media and the internet. The government does not need any court order or suspicion that someone has engaged in criminal activity before reading or keeping detailed track of a person or community’s tweets, social media conversations, or blogs. But while it may be technically legal, this kind of political surveillance has a chilling effect, and is therefore bad policy in a democratic system. Studies show that people change their behavior, and are more likely to conform, when they know they are being watched. Do we want people to police their own speech or debate on social media out of fear that some law enforcement official somewhere is keeping detailed tabs on their thoughts or opinions? If you answered "yes" to this question, living in a free society may not be right for you.

Secondly, law enforcement monitoring of political speech online is a complete and utter waste of taxpayer dollars. Ask anyone waiting on law enforcement to solve their loved one’s murder how they feel about police dedicating resources to reading @deray’s Twitter. And you don’t have to be a victim of violence to be outraged about this waste of money. We face real crises in the United States related to unequal justice, climate collapse, and devastating economic inequality, just to name a few. That our government at all levels, from our local PDs all the way up to the feds, is paying people to monitor what Deray Mckesson and other political activists are saying on Twitter should outrage anyone who cares about where their hard-earned dollars end up. There’s no justification for spending taxpayer dollars to spy on political activists, no matter whether that spying is conducted with a stingray cell phone tracking device or with a Chrome browser.

Think about it this way: Police have the right to park outside your home and watch everyone who comes in and out, taking photos of everything you do in your front yard. But if they did that to you or your family, in the absence of any suspicion that you’ve engaged in serious crimes, you’d be rightfully outraged and justifiably creeped out.

Today, police have the ability to monitor our associations and peer into our minds and communities from the comfort of their desks. The fact that they are doing so from behind a computer screen instead of from a cruiser parked next to your home doesn’t make suspicionless surveillance any more acceptable. To the contrary: Since cops can monitor multiple people online without leaving their offices, the financial cost of suspicionless surveillance plummets, making it easier than ever before for the government to monitor thousands of people suspected of no crimes.

In short, as I told Vice's Jason Leopold, cops shouldn't do something just because they can.