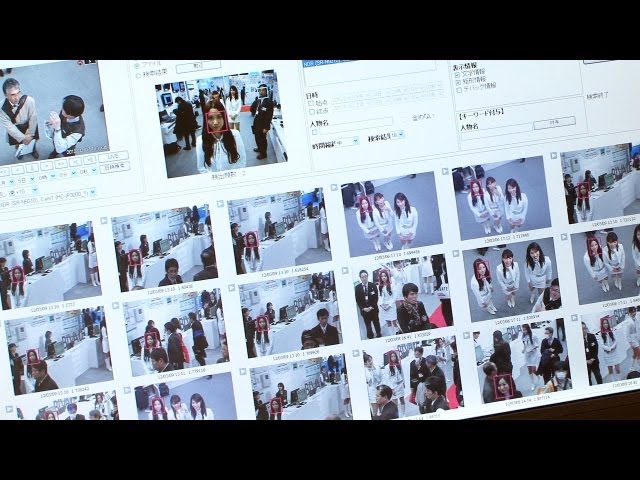 The state of Massachusetts is one of fifteen states sharing drivers' license images and data with federal agencies including the CIA and Department of Defense, a newly disclosed federal government document shows.

The document, which boasts about "strategic accomplishments" of the National Counterterrorism Center's Directorate of Terrorist Identities, is published to support a new story on The Intercept about the government's bloated watch-listing and terror database systems. The Intercept reveals that more than forty percent of people named in the CIA's terror databases have "no recognized terrorist group affiliation." Unsurprisingly, a large number of the US persons in the terror matrix come from Dearborne, Michigan, a city with a large Arab population.

Coming for your face print, whether you're a terrorist or not

The story shows that the US government is conducting intensive efforts to fill its discriminatory databases with face prints, iris scans, finger prints, and other biometric data. If the government alleges you are a terrorist, even if you have no connection to terrorism and the feds have no evidence to suggest you are, it is likely also trying to compile a digital dossier of your unique biological identifiers.

In the aftermath of last year’s Boston Marathon bombing, the Directorate of Terrorist Identities began an aggressive program to collect biometric data and other information on all Americans on the TIDE list. “This project includes record by record research of each person in relevant Department of State and [intelligence community] databases, as well as bulk data requests for information,” the documents note.

The DTI also worked on the subsequent Chicago Marathon, performing “deep dives” for biometric and other data on people in the Midwest whose names were on the TIDE list. In the process, the directorate pulled the TIDE records of every person with an Illinois, Indiana, or Wisconsin driver license.

DTI’s efforts in Boston and Chicago are part of a broader push to obtain biometric information on the more than one million people targeted in its secret database. This includes hundreds of thousands of people who are not watchlisted. In 2013, the directorate’s Biometric Analysis Branch (BAB) launched an initiative to obtain biometric data from driver’s license records across the country. At least 15 states and the District of Columbia are working with the directorate to facilitate access to facial images from driver’s licenses.

Those fifteen states (including DC) are:

Chillingly, this information is shared outside of the so-called "intelligence community," with the New York Police Department.

According to the documents, BAB offers its “unique skill of facial identification support” to a “broad customer base.” Last year its analysts produced more than 290 reports for other government entities, including the CIA, the New York City Police Department, and the military’s elite Special Operations Command.

And it's not just face prints and iris scans.

Documents posted by The Intercept show that 22% of contributions to the DTI's biometric database come from domestic law enforcement agencies in the United States: 13% from DHS, and 9% from the FBI.

The revelation that state motor vehicle registries are colluding with the CIA's ineffective and discriminatory terror database system raises significant alarms about the encroachment of federal spy agencies on local democratic governance. Was anyone in those states informed that motor vehicle registries entered into agreements with the CIA's National Counterterrorism Center to share drivers' license images for face recognition programs? Did state legislatures have an opportunity to debate or vote on whether to allow this collaboration? The public certainly wasn't consulted.

That lack of democratic engagement is a serious problem, in part because state bureaucrats might not know what they are getting into when they secretly share this information with federal authorities. Among other things, participating states should be aware that when they allow federal agencies to harvest the biometric data of their residents, they are opening up perfectly innocent people to advanced forms of harassment and targeting by secretive government agencies.

After all, no evidence of terrorism is required before the CIA or FBI adds you to the TIDE terror database. But we now know that inclusion in that database is—in the government's view—enough to justify invasive harvesting of your biometric data, and possibly much worse.