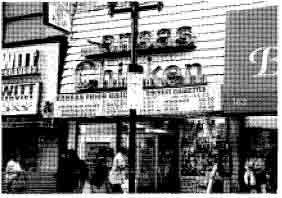 The NYPD has a message for Muslims who even consider asserting their rights by filing suit against the department's religiously-motivated, unconstitutional spying: If you sue us to demand your rights, we will try to undermine them even further.

Just Security describes how, in the ACLU's Raza v. City of New York, NYPD lawyers are demanding wide ranging access to membership lists and even the private emails of Muslim activists:

In response [to the suit], the NYPD served plaintiffs with sweeping discovery requests into their associations and speech (see here and here for the relevant briefs). Through either interrogatories or document requests, the NYPD seeks the names of all members, donors, or attendees of a charity’s events; the name of every congregant intimidated by NYPD surveillance at a mosque; and all of plaintiffs’ communications concerning “terrorism,” “jihad,” “the war in Afghanistan,” or “current events.” Forcing plaintiffs to identify individuals fearful of government surveillance or disclose years of core religious and political speech would plainly subject them, and their members, to the very chilling effects that the lawsuit seeks to alleviate. The discovery requests here call to mind employers’ attempts to discover the immigration status of workers challenging unfair employment practices, which courts have rejected as crippling immigrants’ ability to bring civil rights claims.

What? How could the city possibly justify this bold attempt to further undermine the civil rights of Muslim New Yorkers? The answer is shocking, even for the NYPD:

Could there be any plausible legal justification for these wide-ranging requests? The NYPD offers two main reasons in support of the disputed discovery. First, it claims that plaintiffs allege injury to their reputations, and that it is therefore entitled to probe whether other factors, apart from surveillance, affected their reputations, such as plaintiffs’ rhetoric or associations with suspected terrorists. Second, the department argues that it is entitled to information corroborating facts in the NYPD intelligence files that supplied the basis for its investigations.

Yes, you read that right. The City of New York (hi, Mayor DeBlasio!) is claiming that it deserves access to the private communications of Muslim litigants because if Muslims say they aren't terrorists, they should be required to prove it by opening up their personal correspondence to police inspection. It's shockingly offensive, and as Just Security's Shirin Sinnar says, a dangerous precedent, whether or not you agree with the plaintiffs.