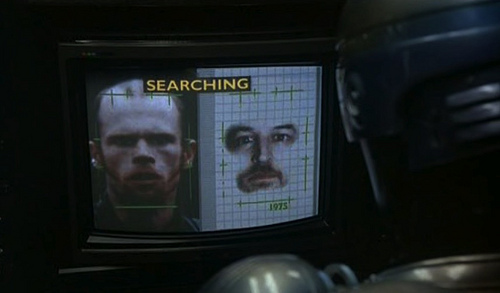 Remember how people like me have been warning that someday soon cops will start using face recognition built into their Google Glass (or even contact lenses), to identify and pull up detailed dossiers on people as we go about our daily lives? That scary future is now:

Police officers in Dubai will soon be able to identify suspects wanted for crimes just by looking at them.

Using Google Glass and a custom-developed facial recognition software, Dubai police will be able to capture photos of people around them and search their faces in a database of people wanted for crimes, according to a recent Reuters report. When a match is made in the database, the Glass device will receive a notification.

Although the project will initially be rolled out to traffic police, the devices will eventually be given to detectives as well, according to Reuters.

When Glass was first released, Google told the public not to worry about face recognition apps. They wouldn't be allowed in the Play store, the company said. But that didn't and doesn't matter. Anyone with the technical skills can build her own face recognition program for Google Glass, as happened almost immediately after the technology was released to the public. Google doesn't have to approve it in order for it to be deployed on the company's technology.

So what can we do? We can't and shouldn't outlaw Google Glass itself, even if it is annoying or we hate it. But we absolutely can and must impose strict limits on government's use of technologies like these. If you're hopeless you may be thinking that policies and statutes limiting certain kinds of surveillance are futile, given how fast the technology moves. But my colleague Jay Stanley makes a critical observation that puts the lie to that pessimistic view.

All across the country, Stanley reminds us, surveillance cameras pepper the landscape. The vast majority of those cameras are video only—there's no audio recording. That isn't because of some stroke of luck or happy coincidence. It's because wiretap statutes in states are usually written to prevent secret recordings of unsuspecting persons. That's why convenience stores, banks, and governments use surveillance cameras that do not record audio. It's a simple public policy choice that has far-reaching implications for decades, across the country, and even for an entire wing of the surveillance industry.

We need to think big when it comes to the next wave of privacy violating technologies. Police can use Google Glass enabled face recognition to utterly destroy anonymity and privacy in public, but should they? Contrary to what police officers may tell you, that's up to us. And while doom-sayers may say that technology necessarily obliterates the possibility for privacy in the digital age, they're wrong. Smart public policy decisions made today can have lasting and enormous effects on the future privacy landscape. We just need to make sure we make the right policy calls, and fast.