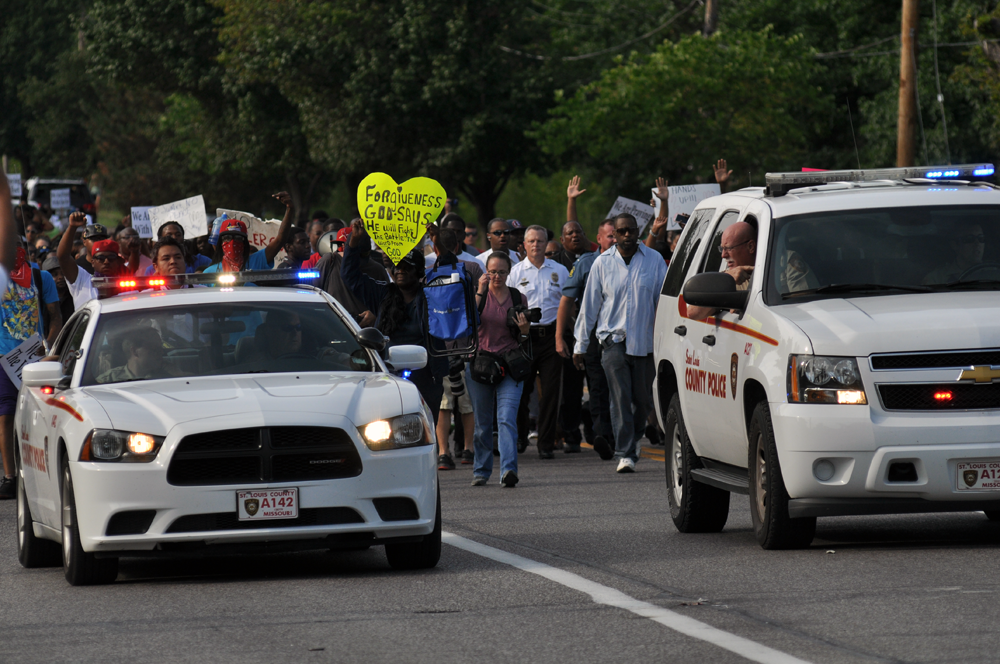 New reporting by the St. Louis Post-Dispatch strongly suggests local prosecutors there have dropped criminal cases at the request of the FBI, so as not to enable a constitutional challenge of secretive stingray surveillance.

Just one day before a city police officer was to face questions about a secret device used to locate suspects in a violent robbery spree, prosecutors dropped more than a dozen charges against the three defendants.

The move this month freed the officer from having to testify about a highly controversial surveillance tool — one that is subject to a confidentiality agreement between the St. Louis police and the FBI.

Prosecutors insist the charges’ dismissal was unrelated to the impending inquiry. But a public defender who intended to ask some of the questions believes otherwise.

An FBI non-disclosure agreement previously disclosed in a NYCLU lawsuit from Eerie County, New York shows that the FBI requires police departments and local prosecutors to drop criminal prosecutions if there's a danger that evidence about police use of a stingray might emerge in court. These non-disclosure agreements are in force throughout the United States, effectively gagging local police from responding to public records requests about the controversial spy tool.

Unexplained government secrecy is the name of the game in this St. Louis case, strongly suggesting a stingray connection. But local officials say not so.

A spokeswoman for Circuit Attorney Jennifer Joyce’s office also declined to answer detailed questions but denied there was any connection between the charges’ dismissal and the officer’s impending deposition [about the cell phone surveillance].

Documents dismissing the three robbery cases say simply that “continuing investigation has disclosed evidence which diminishes the prosecutive merits of this case.”

But Megan Beesley, the public defender, said she is convinced that prosecutors dropped the cases rather than allow defense lawyers to question a police Intelligence Unit officer about whether a simulator, often called by the brand name StingRay, was used here.

Beesley has a good reason to suspect cops used a stingray against her clients. She initially caught a whiff of a stingray "after reading in a [police] report that a “proven law enforcement technique” had located" a phone related to the case.

So during a deposition and a court hearing, she asked one of the detectives about this particular phrase: "proven law enforcement technique." The cop refused to respond, "cit[ing] a nondisclosure agreement." Later, prosecutors dropped the charges, citing "legal issues."

It sure sounds like the police used a stingray, refused to discuss it in open court, and then dropped a prosecution, likely in fear of facing a constitutional challenge related to stingray spying! But don't say that to the county prosecutor—she might get very upset.

When local criminal defense attorney Nate Swanson tweeted a link to the Post-Dispatch story about the dropped prosecution and the likely stingray connection, St. Louis prosecutor Jennifer Joyce shot back:

@ntswanson Nate, we state in the article that the dismissal was unrelated to the motion. For the record, are you saying we are lying?

Read the rest of the exchange, and make sure you get to the part where Joyce tells Swanson she's taken a screenshot of his tweet, prompting a Las Vegas based attorney to call Joyce a "petty little fascist."

Read more about stingray deployment in St. Louis, including a little tid-bit that might interest people who protested in the streets of Ferguson: "In 2012, St. Louis police sought bids for their own StingRay II in an SUV."