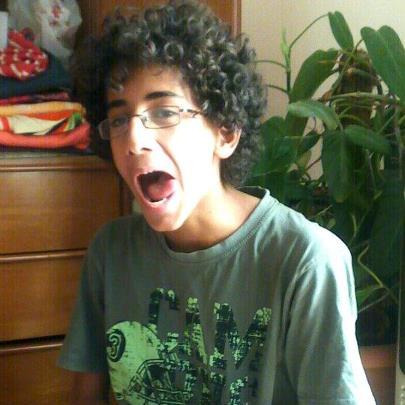 US citizen Abdulrahman al-Aulaqi, who was killed in a US drone strike

We can neither confirm nor deny that this is our first tweet.

A lot of people thought this was very funny. I didn’t.

Why not? The notoriously secretive CIA for years claimed in court that it could neither "confirm nor deny" the existence of a drone program that killed numerous American citizens and thousands of non-citizens in extrajudicial strikes.

The refusal to acknowledge involvement in these deaths was perplexing and maddening. After all, the bodies of these living beings were shredded by US weapons; not even the CIA could hide that. The people who lost family members certainly didn’t need CIA confirmation to know the US government had killed their loved ones. But weirder still, officials like John Brennan and even President Obama were acknowledging in public, in statements to big rooms full of people and to the press, that the CIA was involved in overseas drone killings.

In short: the CIA's involvement in drone operations overseas was widely known.

But when the ACLU tried to challenge the extrajudicial killing policy in court, or even find out anything about it through public records requests, suddenly the CIA wasn’t talking. Outside of court, everyone knew and the government readily acknowledged CIA involvement in these operations. But inside court, the CIA refused to "confirm or deny" anything related to its drone operations.

Finally, last March, in 2013, a court agreed with the ACLU and ruled that the CIA had to drop this ridiculous charade. But more than a year after that, the public still hasn’t seen the legal memos from the Obama administration that justified the extrajudicial killing of US citizens.

The CIA’s joke on Twitter today made a lot of people chuckle. It got tens of thousands of retweets and favorites within minutes of its posting.

You know who isn’t laughing? Denver born 16 year-old US citizen Abdulrahman al-Aulaqi, who was blown up in a CIA drone strike while eating lunch with his cousins. Nor are the scores of other children and older human beings killed in so-called "signature strikes", known within the agency as "crowd killings", in which the CIA fires drones at groups of people and calls anyone of “military age” killed a terrorist.

They’re not laughing, either.

Authoritarian state secrecy is not funny, particularly when it concerns matters of life and death. Secrecy at the CIA and other institutions is a cancer in our society, strangling what's left of our open government. I, for one, don't think that's funny.