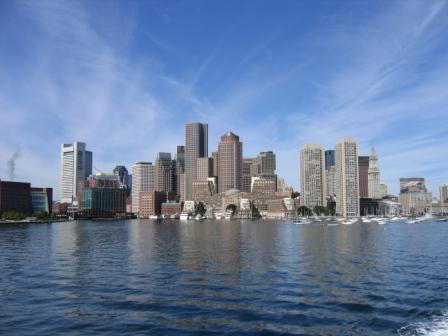 Today the ACLU of Massachusetts launched two efforts to shine sunlight on issues of vital public importance about the relationship between Massachusetts and federal law enforcement officials. This afternoon, my colleagues filed a lawsuit against the FBI and U.S. Attorney Carmen Ortiz to ensure the public release of documents pertaining to Joint Terrorism Task Force (JTTF) operations and FBI investigations in Massachusetts generally, as well as documents relating to the specific investigation into the killing of Tamerlan Tsarnaev associate Ibragim Todashev.

We’re also asking for your help to pressure Massachusetts Attorney General Martha Coakley to investigate the role of Massachusetts State Troopers in the events surrounding the interrogation and killing of Todashev in May 2013, in Orlando, Florida. When we first asked her office to investigate, AG Coakley said that she lacks jurisdiction. That’s unacceptable. The public deserves a thorough investigation from the top law enforcement official in the state when a joint interrogation by Massachusetts State Police and the FBI results in the death of a man who might have had critical information about both the Boston bombing and an unsolved Waltham triple murder that officials say Tamerlan Tsarnaev committed.

The Boston Marathon attacks served as a wake-up call to the Boston region and the nation. The allocation over the years of hundreds of billions of dollars in funding for powerful new technologies and government surveillance operations did not stop the bombings. Nor did the post-9/11 erosion of civil liberties protections—meant to give federal and local agencies more power to investigate anyone they deem ‘suspicious’—stop the attacks.

After the dust settled in Boston, it became crystal clear that the complicated and increasingly costly domestic surveillance apparatus constructed over the first decade of the 21st century obscured, rather than revealed, key information about the events leading up to the Marathon attacks and the government’s response to them.

Our attorneys had no choice but to file a lawsuit to demand transparency on these vital matters, because the government hasn’t been forthcoming with the public—neither about the specific facts surrounding the Todashev case, nor about the general operations of a Boston FBI office and a Massachusetts JTTF office that conducts hundreds of investigations in Massachusetts every year.

In March 2014, a Florida state attorney released a report on the Todashev shooting. A Department of Justice report on the same soon followed. Weeks later, the House Homeland Security Committee published the product of its investigation into the events leading up to the Boston Marathon attacks. Just this week, some of the conclusions of a now-secret Inspector General report on the events leading up to the Marathon attacks were leaked to the press. All of these reports raise more questions than they answer. Some of their conclusions do not logically derive from the facts they present. This is unacceptable. What we need is true transparency.

There is no magic bullet for perfect public safety, but we have been told to sacrifice our freedom in exchange for security, and the people of Boston received neither. We deserve to know what these organizations are doing in the shadows, and in our names.

If we want to make sure nothing like this happens again, we must find out what went wrong. The answers provided thus far are insufficient, and leave gaping holes that are being filled by conspiracy theories instead of documented facts. We are confident that this lawsuit will flesh out necessary information about how the FBI conducts law enforcement and national security activities in Massachusetts. Transparency is a necessary first step towards accountability. The people of Boston deserve nothing less than both.

The FBI appears to be attempting to carefully control the narrative about what it knew about Tsarnaev, and when. It is using this carefully crafted narrative to demand more power for its agents during investigations. For this reason, the public needs much wider access to information about the Boston FBI and Massachusetts JTTF operations, including how many investigations, and of what type, they conduct each year.

In order to shine sunlight on these matters of critical public concern, in December 2013 the ACLU filed identical public records requests to the FBI and U.S. Attorney Carmen Ortiz, seeking information about how the Boston FBI and Massachusetts’ JTTF operate. Among the records sought were details about how many "assessments", preliminary investigations, and full investigations were conducted in Boston from 2011 onward, including information about how many of those investigations led to arrest, trial, and conviction.

Multiple times over the past decade, the FBI has relaxed the rules governing its agents’ investigatory authorities, and broadened their surveillance powers. Since 2008, FBI and JTTF agents have had the power to open so-called "assessments"—the first tier of FBI investigation—on individuals absent any factual indication of wrongdoing or threat to national security. During FBI assessments, agents may use intrusive investigative techniques including but not limited to the tasking of confidential informants, conducting interviews under false pretenses, and deploying unlimited physical surveillance techniques previously reserved for investigations supported by a factual criminal predicate.

In other words, under the new regulations, the FBI can deploy a powerful arsenal of investigatory techniques against you even if it has no reason to suspect you are involved in crime. But what if, as former FBI agent Mike German has long argued, the looser rules actually work to make us less safe? What if the eradication of a criminal predicate for investigations hurts public safety, by allowing FBI agents and JTTF officials to pursue politically- or religiously-motivated investigations on entirely innocent people, simply because they have unorthodox views?

One year after the Boston Marathon attacks, the FBI is arguing that it needs yet more power to conduct expansive investigations, absent any indication that the target is involved in criminal activity. Here in Boston, we have evidence to back up the assertion that effective criminal investigations—not unaccountable surveillance capabilities—protect the public from serious threats like terrorism.

There are many unanswered questions and a lot of loose-hanging threads surrounding events leading up to and following the horrible Marathon bombings, but one thing is clear: The FBI and DOJ need to be more transparent with the public about Joint Terrorism Task Force operations. Furthermore, Massachusetts officials must put their considerable investigatory talents towards uncovering how and under what circumstances State Police and other Commonwealth law enforcement agents engage with federal operations, especially when those operations end in the death of a suspect in police custody.

That’s why we filed suit against the FBI and U.S. Attorney Ortiz, and why we are asking that you help us put pressure on Massachusetts Attorney General Martha Coakley to conduct her own investigation into the events that transpired in Orlando last year, ending in Ibragim Todashev’s death.

We’ve been told that we must sacrifice our liberty in exchange for security, but the people of Boston know that’s not true. In order to orient our national security policies towards both justice and public safety, we must get to the bottom of what went wrong before Boston, and why. It is our firm belief that our efforts in federal court and in the court of public opinion will take us one step closer to that goal. Join us in demanding transparency. The people of Boston deserve nothing less than the truth.